Hello lovelies! Guess what, you’re a wonderful parent. Honestly, a rock star! Not convinced? That’s more than normal so don’t worry, but trust me, God created you to be your child’s parent for a reason. You are that reason.

When our little blueeyedbabygirl was born I slipped into the fog of postpartum depression. It was awful. Her first year was supposed to be filled with lots of snuggles, loves and memories. Honestly, and it’s hard to admit, I barely remember anything. The memories I do have are {mostly} good, even the night when I broke down and told thegreeneyedgroom about how I was feeling. The guilt of having little memories of her first year weighs on my heart like a thousand pounds.

Our blueeyedbabygirl is a healthy little thing, for the most part, but when she gets sick it usually gets worse; this time it was mosquito bites. Two weeks before our last ER visit we went camping in the mountains just at the edge of the valley here and it was just after a thunderstorm, which is one of the reasons the mosquitos were so thick. theblueeyedbabyboy got bit 33 times on his head and neck alone, and ended up vomiting for four days straight. The doctor said that he was just processing the poison and to give him lots of water.

theblueeyedbabygirl was not bitten as bad, however, a week later her bites began to look like little knobs and turn yellow. Then a week later, they swelled. Quickly. In about an hour her right hand and arm were twice the size of her left. Then the bites on her forehead turned into a huge welt and that was when I decided to take her in. It was 8pm on a Sunday, so naturally the only thing open was the ER. thegreeneyedgroom was not happy about it, however, my gut told me to fight everything else and take her in. This has happened before, when she has had meningitis and when she had a kidney infection. {..she really is a healthy little thing, promise.}

The nurse said that she has a mosquito allergy, literally. theblueeyedbabyboy and I are very sensitive to mosquito bites, however, she is completely allergic. Once her Benadryl kicked in her swelling went down and all was well with the world. Now it is just finding a way to not let her get bit, especially on her neck. Any ideas?

While I was waiting for the nurse to come in theblueeyedbabygirl fell asleep on my chest, which is something I really missed out on during that first year, and it hit me.. again.. that I am what she needs.

Our children are so small and unable to fend for themselves, which seems obvious but if you really think about it, it’ll sink in.. and WE are what they need. We as parents are given to these children to pray over them and with them, to hold their hands while they are in the ER, and the ones who are meant to protect them.. especially from mosquitos.

In that moment I could have allowed all of the guilt in the world wash over me for allowing her to get bit by mosquitos, but instead I chose to see God’s grace in this and to move on. I chose to be there for her and to just look to the future and how I was going to protect her.

You are never going to be perfect, and that is okay. You are not going to always buy the correct bug spray, and that is okay too.. God will use our shortcomings as parents for His glory and for their protection, if we allow him to. It is when our shame and guilt gets in the way that we loose sight of God’s grace and mercy and the fact that He knows what is best for our family. Honestly, how else would we have found out she had allergies like this if she didn’t get bit?!

I want to encourage you as a parent, to keep going. To keep loving on your children and don’t look back with shame and regret. One of the biggest take-aways of this for me was this: if you are loving your child every way you can, if you are there for them when they need you and are providing for them the best way you can {including spiritually} then you’re doing it!

You are parenting wonderfully.

Can you remember any moments during your time as a parent so far that you have regretted so much, but still had to press on and keep going? How has your love for God and for your child helped?

Thank you lovelies! Jesus loves you!

side note: We used the green Johnson & Johnson oil as bug repellent, it did not work. That is wonderful that it works for some, just know that it might not work in Eastern Washington State.

Hello lovelies! I am Ashley, thegreeneyedbride. I am a firewife, mom of two, and an indie-author chasing my dreams. This blog is a place of encouragement, inspiration, and community. Grab a cup of coffee and take a look around. Let's be friends! 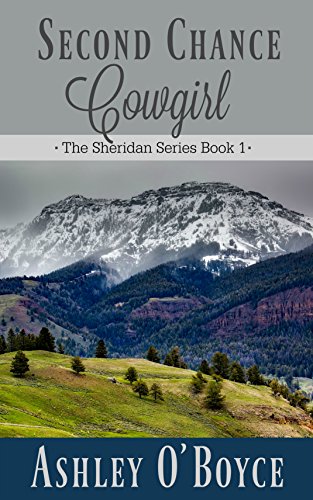 Writing for Kids (While Raising Them)

I want to be the kind of someone to run to - not run from.

The latest news on WordPress.com and the WordPress community.